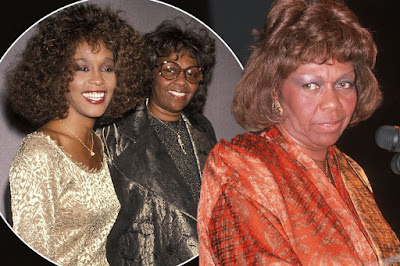 Whitney’s Houston’s homosexual romance with close friend Robyn Crawford in the early 80s wasn’t approved of by the star’s mum, says Robyn herself.

Robyn Crawford, who found a spark with the singer when they were counsellors at the same camp, recently claimed in her new book how their connection had become a physical one.

Soon after Whitney – who went on to sing smash hits such as I Will Always Love You and Dance With Somebody – signed a record deal with Clive Davis at Arista, she decided to call it quits on her physical relationship with close pal, according to Robyn.

Robyn said that Whitney broke the news to her by giving her a Bible in 1982.

“She said we shouldn’t be physical,” Robyn said, “Because it would make our journey even more difficult. She said if people find out about us, they would use it against us and back in the 1980s, that’s how it felt.

“I kept it safe. I found comfort in my silence.”

She went on to reveal how rising star Whitney’s mum Cissy was very disparaging about their intimacy as friends.

Robyn added: “Whitney told me her mother said it wasn’t natural for two women to be that close, but we were that close.