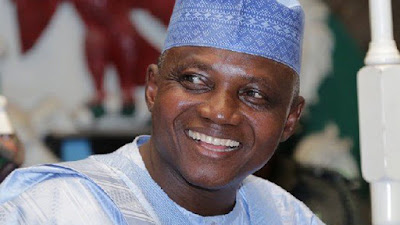 The Senior Special Assistant to President Muhammadu Buhari on Media and Publicity, Garba Shehu, has made clarifications on the comments made by the Minister of Information, Lai Mohammed, about the President’s inauguration on May 29, being a low-key ceremony.

During an interview on Channels Television’s Politics Today on Monday, Mr Shehu explained that while May 29th remains significant as the inauguration day, all ceremonies associated with the inauguration have been deferred to June 12.

“We want the world to see June 12 as this country’s most important (day) as far as democracy is concerned,” he said.

He further explained that the May 29 inauguration will still be marked because according to the Constitution, the four-year term officially ends on the 29th.

“Let me say emphatically, it is important that the President and the governors are being inaugurated on the 29th.

“However, the President will be swearing an oath, taking the oath of office as would the governors be doing, but the big ceremonies associated with the inauguration have been deferred to June 12, in order that we empower, we activate this day in a big way”.

On the venue of the event, he noted that it would take place at the Eagles Square, Abuja and the missions in the country, embassies, and other key figures will be duly represented.

“Delegations will come but we are welcoming them on June 12,” Shehu added.

Share
Previous Ladies, would you rock this ‘underboob bikini’?
Next Referee dies after suffering heart attack on pitch

Scott Disick and Sofia Richie have split.  After three years together, the two have decided …