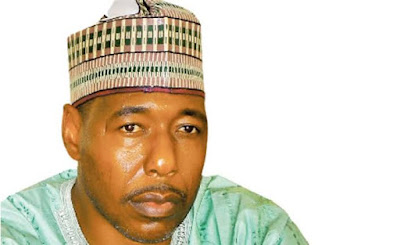 Borno State Governor, Prof. Babagana Zulum, has said that the nation might need about 100,000 more soldiers to win the war against Boko Haram.

He advised that at least 50,000 people from Borno should be engaged by the military with or without western education to prosecute the ongoing war on terror.

Zulum stated this on Wednesday while playing host to the House of Representatives’ Committee on Defence led by its chairman, Hon. Babajimi Benson.

He said, “Take my words, they (the military) don’t have the manpower, they don’t have the equipment. Kindly advise the Speaker and the Senate President to tell Mr President to approve the massive recruitment of soldiers. We need about 100,000 more to be recruited into the Nigerian Army.

They should come and employ the locals whether they have western education or not.

“We need to recruit nothing less than 50,000 men from Borno, we have able-bodied men that can join the Nigerian Armed Forces on an ad-hoc basis.”

Earlier, Benson had informed the governor that his committee was in Maiduguri to pay a condolence visit in respect to the Auno attack.

Benson added that his committee was in Maiduguri to see what could be done to assist the state in the ongoing war against insurgency.