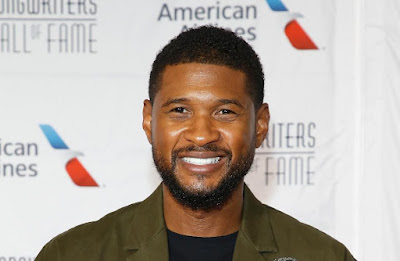 Quantasia Sharpton’s case against Usher has been dropped. Over the past two years, Usher’s faced some alarming allegations of sexual abuse.

Although he’s denied that there’s any truth to these accusations, he’s still been in-and-out of court trying to settle things with his accusers.

Quantasia Sharpton, the woman who accused the singer of infecting her with herpes. She hired famed lawyer Lisa Bloom to represent her in the case. However, it appears as though Usher is now in the clear.

According to The Blast, Quantasia Sharpton has dropped her suit against Usher. It’s unsure if there’s an out-of-court settlement of if Sharpton simply requested decided to dismiss the case against the “Let It Burn” singer.
Sharpton was among three people who sued Usher. A Jane Doe and John Doe also claimed the singer didn’t disclose that he was infected with herpes and proceeded to have sexual relations with them.

Sharpton said that she and Usher had sex on her birthday in Atlantic City after his performance. Although Usher denied the allegations, there have been a few people who’ve corroborated the story as well as footage of Usher bringing Sharpton on stage.