Usher takes a ride with his girlfriend amid COVID-19 lockdown 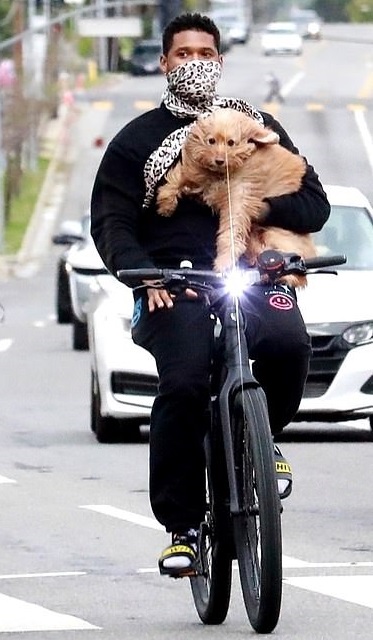 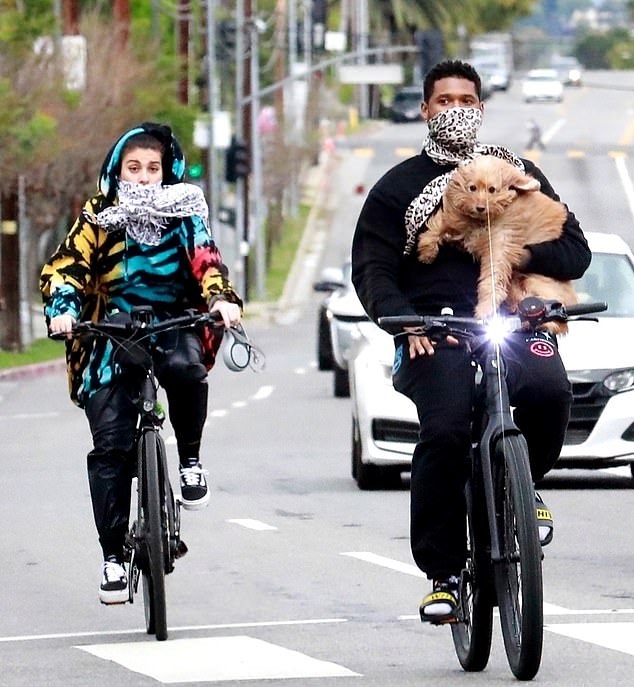 On Sunday, Usher was seen getting some fresh air in LA’s Los Feliz neighborhood with his girlfriend, Epic Records executive Jenn Goicoechea.

The couple enjoyed a bicycle ride together with the singer and actor, 41, being snapped riding along without any hands on the handlebar and holding his dog in one arm.

Each wore long scarves around their nose and mouth as a precaution against COVID-19.

Usher and Goicoechea got together following his divorce from his second wife and former manager Grace Miguel in 2018.
They were first romantically linked after attending Diddy’s star-studded 50th birthday party together in December. 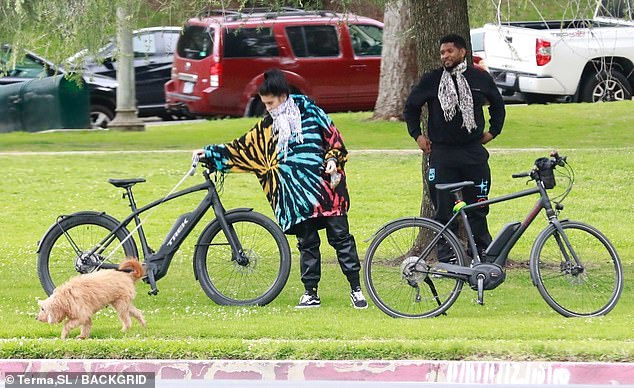