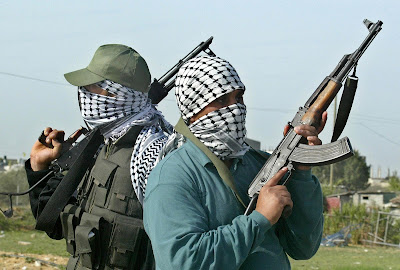 Gunmen suspected to be kidnappers abducted on Monday two teachers at Obi Primary School, Obi Camp, in Avbiosi community of Owan West local government area of Edo state, but only one captive remains with them on Tuesday.

The teachers, a male and a female, Mr. Dada Okuns and Mrs. Esther Alabi, were abducted, just after public and private schools resumed for academic activities after the Christmas holidays.

It was gathered that the gunmen stormed the school at about 10:30am, shot sporadically and ordered six teachers in the school to follow them.

Four of the six teachers escaped, but the gunmen succeeded in taking Mr. Dada Okuns and Mrs. Esther Alabi away.

However, Mr. Okuns was rescued later that night by security operatives, with the assistance of hunters and vigilance group.

It was gathered that Okuns who is the chairman of Nigeria Union of Teachers (NUT) in the local government area, was inflicted with machete cuts by the kidnappers.

The gunmen initially demanded for N1 million ransom on Mrs. Alabi, but later raised it to N15 million.

The Chairman of Owan West local government area, Mr. Frank Ilaboya, who confirmed the incident, assured that the female teacher would soon be released.