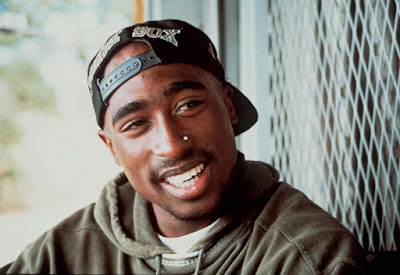 Conspiracy theories that claim Tupac Shakur is still alive are ‘lies’ according to investigative filmmaker and producer Mike Dorsey.

Mike worked on critically acclaimed shows Unsolved: The Murders of Tupac and the Notorious B.I.G and Murder Rap, and has urged Las Vegas police to ‘lay the ghost of Tupac’ to rest and end the 23-year speculation that he may be still alive.

Tupac’s murder case still remains open but Dorsey believes it’s time that the rapper had “justice” and that the public got to “hear and accept the truth” about his demise.

Dorsey has claimed that by closing the case, it would end any speculation that Tupac is still alive.

Dorsey claims that he has met with Las Vegas homicide detectives and passed on his findings but 18 months after doing so, there has still not been any movement on the case.

He said: “Tupac is dead. Let’s get that straight. All the conspiracy theories are wrong and this ongoing conjecture can simply be ended by the Metro Police finally acknowledging all the evidence that is there.

“Contrary to popular belief, we know exactly who killed Tupac and so does the Metro Police.”

Dorsey has claimed that the police have refused to close the case, despite asking for this to happen on numerous occasions.

The filmmaker continued: “We have exchanged about 100 emails about the case. He probably won’t be happy with me going public, but it’s been 18 months and the case is still unresolved, so I feel like I have no choice.

“This is bigger than any of us. Maybe I want justice for Tupac more than LVMPD does – I hope not. It shouldn’t be that way.”

He added: “Las Vegas Metro PD simply needs to announce that the case is closed. They can make an arrest or they can label it ‘cleared/other’ meaning they know who’s responsible but prosecution isn’t possible.”

Dorsey produces and hosts the Dearly Depated podcast with Hollywood historian Scott Michaels and has worked alongside former LAPD homicide detective Greg Kading in investigating the death of Tupac.