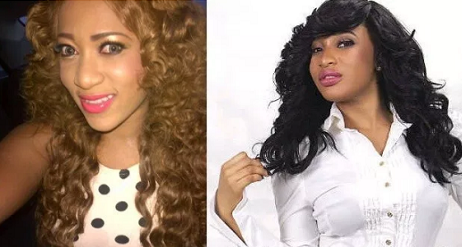 Wondering why you no longer see Tonto Dikeh and Rukky Sanda together anymore? Well it’s because the two parted ways. Tonto and Rukky, both Nollywood actress used to be very close that their other colleagues became jealous of their friendship. So close were they that they even came together to donate N1m to cancer patient, Funmi Lawal in 2012.

But now, the one-time best friends have now turned cat and dog. A worried fan who noticed Rukky has stopped following Tonto on Instagram called Tonto’s attention to it and Tonto replied saying, ”Who cares (laughs) it’s a very free world honey” 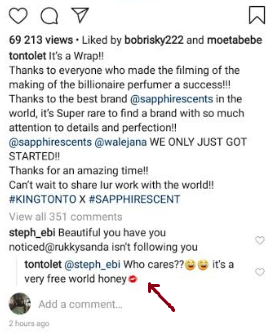