Home / International News / This weird looking kiwi pizza has been termed an abomination. Will you eat it?

This weird looking kiwi pizza has been termed an abomination. Will you eat it? 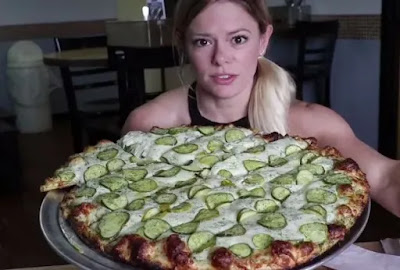 Food lovers have been left horrified after a pizza with kiwis as a topping has gone viral.

The questionable dish was shared online by a tourist visiting Denmark, and it has caused quite the stir online.

The pizza looked like it had all the usual toppings, from a tomato base, cheese, ham – but then had slices of the edible green berry placed on top.

While the debate about whether pineapple belongs on top of a pizza has divided foodies for decades, this addition has caused many to slam it as “stomach-churning”.

One person wrote on Reddit: “That’s an abomination for sure too. It’s ok. There’s a pineapple pizza section in hell.

“Add kiwi and anything else that doesn’t belong on pizza in that same section in hell.”

Another added: “Stomach churns at the thought.”

Meanwhile, another person said it was one of the worst things to happen in 2020 so far.

However, as with pineapple, the kiwifruit also had some supporters among pizza lovers.

One brave internet user wrote: “I could almost taste the combined flavours of the cheese and kiwi — its saltiness and its sweetness and tartness respectively.

“Like it could be a good flavour combination much like that of cheese and grapes or berries.”