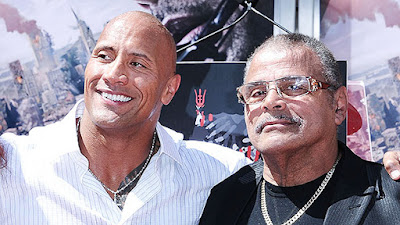 In addition to being a pro wrestler, Johnson served as a sparring partner for boxers such as Muhammad Ali and George Foreman. Johnson incorporated boxing moves, such as the Ali Shuffle, into his pro wrestling routing.