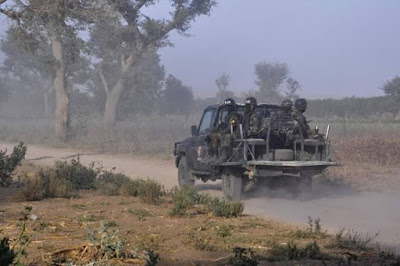 Seven people were killed when two suicide bombers, suspected to be members of Boko Haram jihadist group, attacked a village in northern Cameroon on Sunday, police and a local official said.

“Two Boko Haram bombers blew themselves up at around 8pm” in the attack on Amchide, on the border with Nigeria, a policeman said Monday, while a local official said a village chief and two teenagers were among the dead.

Share
Previous Disturbing photos: Dead bodies on the street of Ecuador as officials struggle to cope with coronavirus deaths
Next Woman kills husband after quarrel over food, then rips out her own intestines in suicide bid