South African dancer, Zodwa Wabantu proposes to her boyfriend with a $43,000 diamond ring 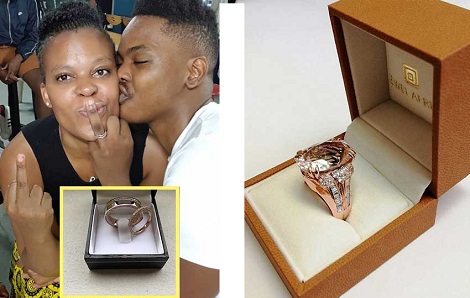 While the idea of women taking the initiative to propose to men is still considered somewhat of a cultural taboo in many parts of Africa, the trend is slowly catching on.

Take for instance controversial South African dancer turned socialite Zodwa Wabantu who took control of her wedding train over the weekend and proposed to her man.

According to eNCA, Wabantu who is known for her panty-less dancing antics went down on one knee and proposed to her boyfriend Ntobeko Linda.

She did not get him to say yes cheaply either. Wabantu ordered a bespoke diamond ring from Diamond Jewellery International, Johannesburg, worth Sh428,397 (61,000 Rand).
“We as women we give our men money to marry us. Hard working women hide that they marry themselves by giving their boyfriends money to go to their families to pay Lobola,” posted Zodwa.

Considering that the ring she purchased went to her man’s finger, the dancer gifted herself a morganite piece.

Mine, queen. I bought it myself, marry yourself girl. Custom made princess style 9ct Rose Gold Morganite. Mine, my ring,” she posted on Monday.

That is not all.

She went ahead to offer a nugget of wisdom to women who give their men money to buy rings so they can pretend that their lovers made the move.

“Don’t give your boyfriends money to act like they bought it for you. Buy it yourself.”

The proposal comes close to six months after she declared that she “belongs to the people” and not her boyfriend.

“He knows I don’t belong to him, I belong to the People all over the Word. Thank you for always understanding and waiting for me. I love you,” she wrote. 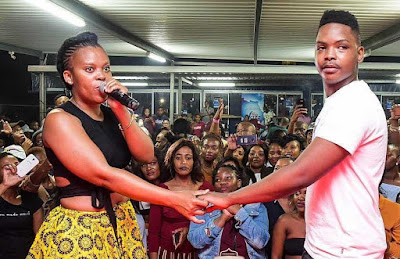 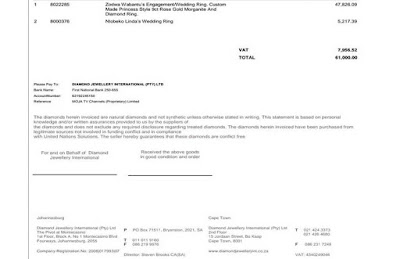