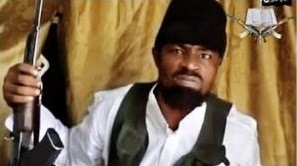 Recall that Buratai said the military had won the war against insurgency as the Boko Haram terrorists do not control any territory in Nigeria.

However, Shekau dismissed his claim, insisting that the insurgents had the upper hand in the war.

He said: “Buratai, I am addressing you in your own language; I am speaking your language, but you may not understand it. You claim you have defeated us, but it is a lie. You are a real liar.”

He also mocked followers of Ibraheem El-Zakzaky, leader of the Islamic Movement in Nigeria, IMN, and the Tijjaniyya sect led by Dahiru Bauchi, stressing that the people of Kano and Kaduna were in trouble.

Shekau’s statements were contained in a video released 24 hours after President Muhammadu Buhari visited Borno over last Sunday’s killings at Auno, even as the Senate, Thursday, urged the Nigerian Army to set up a base at Auno to prevent a recurrence of the killings in the village.

Also, in the video, Shekau said for the remaining Chibok schoolgirls in his custody to be released, the Federal Government must release his men.