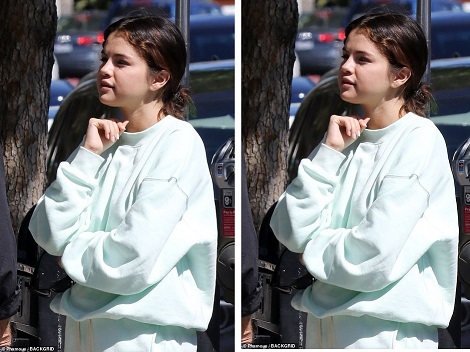 Selena Gomez was seen in a casual ensemble while enjoying a lunch outing in Los Angeles on Friday.

The 26-year-old pop star and Instagram icon was joined by a couple of friends, one of whom she was seen hugging on the sidewalk.

Sweeping her dark hair back into a bun, she teamed a cozy-looking top with a pair of sweatpants and some white sneakers.

Earlier this month, Selena was in the south of France for the annual Cannes Film Festival amid some of the top stars in the world.

She was in Cannes attending the premiere of her new movie The Dead Don’t Die, a zombie comedy also starring Adam Driver, Bill Murray and Tilda Swinton.

Selena’s movie was directed by Jim Jarmusch, who has helmed such movies as Coffee And Cigarettes and Only Lovers Left Alive.