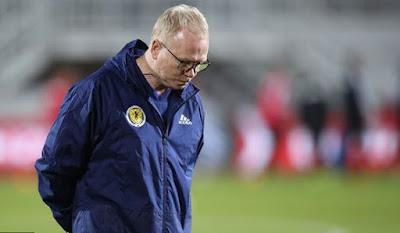 The Scottish FA have confirmed that manager Alex McLeish is leaving his role as Scotland manager with immediate effect.

McLeish’s position as boss had been the subject of intense speculation after a terrible start to their Euro 2020 qualifying campaign, with the dismal 3-0 defeat in Kazakhstan.

A 2-0 win over San Marino followed three days later, but an underwhelming performance failed to stop the criticism.

Ian Maxwell, Scottish FA Chief Executive declared in a statement: “On behalf of the Board, I would like to place on record my thanks to Alex and his backroom team for their efforts in leading the national team over the past 12 months, not least in topping our UEFA Nations League group and reaching the play-offs.
“The decision to part company was not an easy one, especially given Alex’s status as a Scotland Hall of Fame member, earning 77 international caps, having played in three World Cups and taken charge of the national team for two spells.