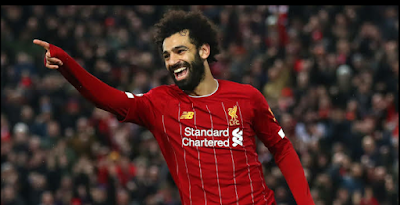 After the break, Ryan Fraser’s effort was brilliantly cleared off the line by James Milner before Mane curled against a post.

Liverpool are 25 points clear of Manchester City, while AFC Bournemouth remain in the bottom three on 27 points.

The Liverpool forward has scored in each of his six top-flight appearances against the Cherries, netting eigth times in total.

70 – Mohamed Salah has scored 70 goals in his 100 Premier League appearances for Liverpool, seven more than any other player in their first 100 for the club (Fernando Torres, 63). King. #LIVBOU pic.twitter.com/4X6tzDML5p