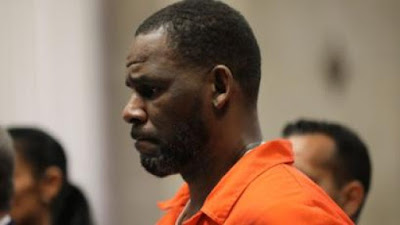 More charges alleging yet another victim are still to come, prosecutor Angel Krull said during the hearing in Chicago on Thursday.

Agents recently seized more than 100 electronic devices, including hard drives, relevant to the case, according to Ms Krull.

US District Judge Harry Leinenweber has pushed Mr Kelly’s trial date from 27 April to 13 October to allow for the inclusion of the new accuser and the updated indictment.

The superseding indictment was unsealed last month and is largely the same as the original — both have 13 counts. The new one includes a reference to the new accuser, referred to only as “Minor 6.”

The charges include child pornography, the sexual exploitation of children and conspiracy to defraud the US government, as well as the coercion or enticement of a female.

Mr Kelly, who has denied ever abusing anyone, faces several dozen counts of state and federal sexual misconduct charges in Illinois, Minnesota and New York, from sexual assault to heading a racketeering scheme aimed at supplying him with girls.

The Grammy-award winning musician was jailed in July and has been awaiting trial at a Chicago federal jail one block from the courthouse where he attends pre-trial hearings. He has participated in hearings in his New York case by video.