Prison officer jailed after getting pregnant for inmate 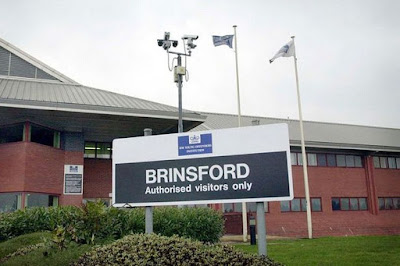 A prison officer has been jailed for having secret trysts with an inmate and ending up pregnant with his baby.

Kirsty Howat has been locked up for eight months for the illicit affair with prisoner Liam Moretto.

Their meetings raised the suspicions of staff at Brinsford Prison who gathered evidence using hidden cameras.

Howat, from Staffordshire, now 24, has become a prisoner herself after admitting a charge of misconduct in public office, Stoke on Trent Live .

Shrewsbury Crown Court heard the defendant was employed as a prison catering instructor.

She was challenged about her relationship with Moretto – who was 20 years old at the time – and initially denied having sex with him.

But she had ‘panicked’ and later admitted the full extent of their sexual relationship.

It also emerged Howat had used prison systems to obtain highly-confidential information about another prisoner who was in conflict with Moretto.

She passed the information to her lover.

Judge Jonathan Gosling told the defendant: “The governor described your behaviour – having a sexual relationship with a 20-year-old prisoner and conceiving a baby in prison – as shocking.

“That is an understatement.

“You made a calculated search for information about another prisoner.
“The gravity of that, is on a level with the sexual relationship itself.

“To force you apart from your young baby is a serious punishment in itself.”

Moretto was transferred to the Staffordshire prison in November, 2017 before being released on licence in October, 2018.

“Howat was meant to be helping to rehabilitate and re-integrate prisoners into society but she abused her position and began an intimate relationship with Liam Moretto.
“She also shared confidential information about another prisoner with Moretto.

“The public must be satisfied that those entrusted to carry out the management of custodial sentences do so to the highest standards of probity.

“By her actions, Howat has done significant harm to public confidence in the prison system.”