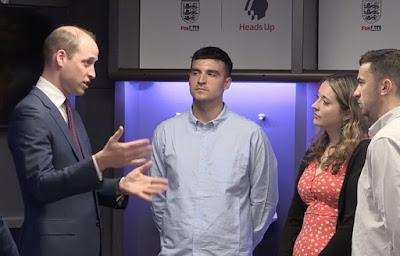 Prince William, the President of the Football Association (FA), attended the launch of mental health campaign ‘Heads Up’ at Wembley Stadium today.

The new initiative will harness the power of football to get more people – particularly men – to feel comfortable talking about their mental health, and feel able to support their friends and families through difficult times.

It also supports the important work which is already taking place across the UK to end the stigma surrounding mental health.

At Wembley, the Duke joined a discussion with grassroots football players, coaches and fans from clubs across the country, before delivering a speech to launch the new campaign

“The consequences of this silence – confusion, stigma, and even shame – have reached a crisis point in the UK.

“At its worse, it has led to appalling rates of suicide in this country – the leading cause of death for men under 45.”

“Every day, failing to tackle mental health means that we are not reaching our potential at work. When you struggle in silence, you cannot give it your all.”

Martin Glenn, FA’s Chief Executive, said: “Mental health remains one of the biggest issues facing men under the age of 45.

“Around 12 million people play football in England each year, with even more watching on, and Heads Up will use the power and popularity of football to drive awareness and change.

“In football and in life we’re constantly talking about physical fitness – but mental fitness is even more important.” 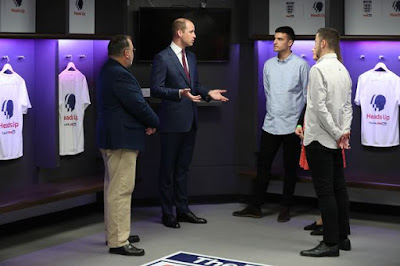