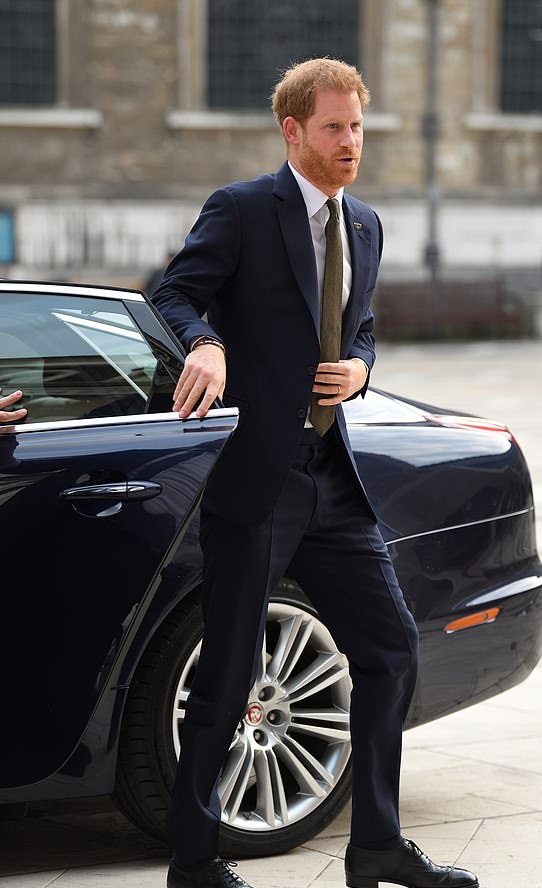 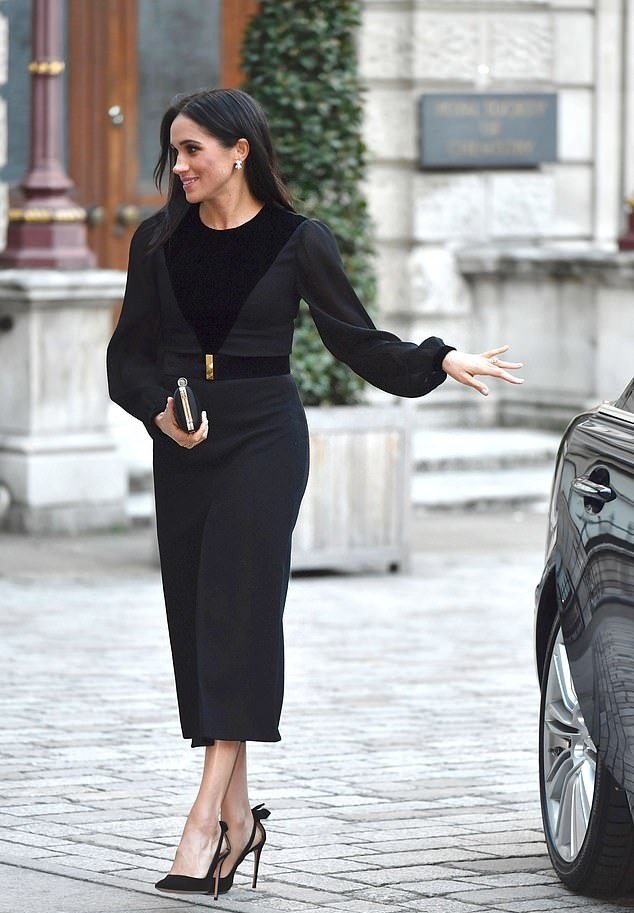 The Duke of Sussex delighted royal fans by ‘twinning’ with his wife Meghan Markle when he broke tradition by closing his own car door last night.

Prince Harry, 35, was attending the 5th Anniversary of the Invictus Games at the Guildhall in London, when he made the move as he exited the car.

While royals typically have their car doors opened and closed by a member of staff, Prince Harry’s gesture came a year after Meghan, 38, was hailed as ‘down to earth’ for making the same gesture arriving at the Royal Academy of Arts in London.

Prince Harry was attending the fifth anniversary of the Invictus Games in London last night when he  followed in his wife’s footsteps.

Meghan won praise as being ‘humble’ and ‘down-to-earth’ when she closed her car door last September while attending an event at the Royal  Academy of Arts.
Another posted snaps of a side-by-side comparison of the royals, writing: ‘Wow, same energy’. 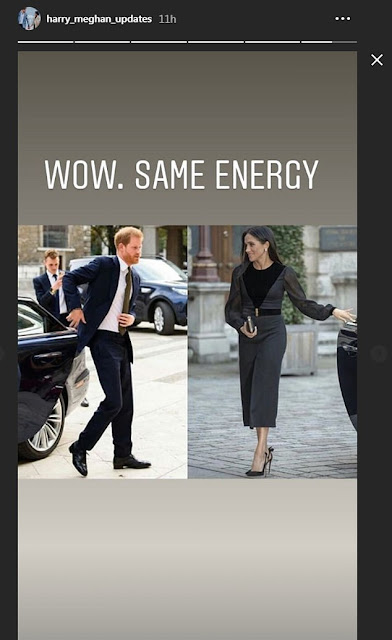