Pregnant photo of Davido’s girlfriend, Chioma trends and she reacts 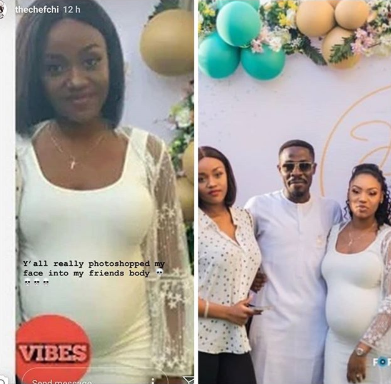 A photo of Davido’s girlfriend Chioma trended today, but it wasn’t chioma’s body — her head was photoshopped into another lady’s body. Chioma’s girlfriend is actually pregnant, and she was snapped alongside her pregnant friend. The photo got online and Nigerians did their thing — someone photoshopped chioma into her friend’s body and it trended like her pregnant pics were actually leaked, lol.

Chioma while correcting the whole drama, shared the two photos — MAKING THE PICTURES SPEAK FOR THEMSELVES, LOL.