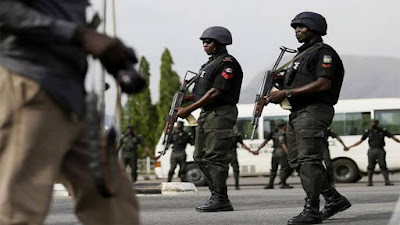 Police in Enugu State said they rescued 13 people who were being driven to an unknown destination by a gang of kidnappers early yesterday.

They were being conveyed in a Toyota Hiace bus when the police intervened.

The Enugu State police spokesman, ASP Daniel Ndukwe, said the Commissioner of Police, Ahmad Abdurrahman, after receiving an intelligence report, detailed a team from operatives of ‘Operation Puff Adder’ who traced the gang and the victims in the Toyota Hiace bus with Reg. No. MSA 657 XA.

After sighting the police along the Enugu-Markurdi highway, the kidnappers reportedly diverted to Akomagbo Ugbaike community in Igbo-Eze North LGA.

But they were trailed and located in their hideout in the house of one Chidi Ogbonna (aka Egbe) within Akomagbo Ubgaike where they held the victims hostage.

Ndukwe said the kidnappers took to their heels, while the police picked a female member of the gang, Onyeke Gloria Nwanezi, and rescued the 13 victims. They also retrieved one locally made pistol with two live cartridges, one toy pistol, one Toyota Hiace bus and two motorcycles.

The commissioner then ordered a manhunt for the run-away members of the gang as he appealed to law-abiding citizens of the state, especially community leaders, to expose and avoid harbouring criminals, warning that the command would not hesitate to arrest and prosecute anyone found encouraging crime.