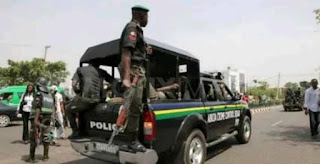 A man believed to be the mastermind in the 2017 kidnap of a priest has been arrested on his wedding day.

Charles Nnanna is said to have been on police watch list and fled to Indonesia after his gang kidnapped Reverend Father Cyriacus Onukwo, who’d come into the country for his father’s funeral.
Onukwo’s body was recovered a day later in Omuma in Oru east local government area.
The suspected mastermind Nnanna was performing his traditional wedding ceremony when police officers arrested him on February 16 in Oru.
Police Public Relations Officer, Orlando Ikeokwu, said Nnanna has confessed to having the priest kidnapped in 2017 as “well as his role in the operation”.