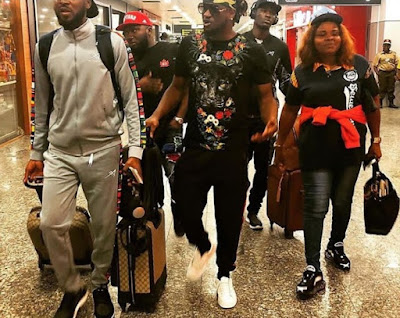 Peter Okoye of defunct Psquare has promised to sue his brother’s Angola show promoter for allegedly using his picture alongside that of his brother to promote their Angola show. According to Peter, they had to use his picture so their show could sell. He then promised the promoter, he would hear from his lawyer soon.