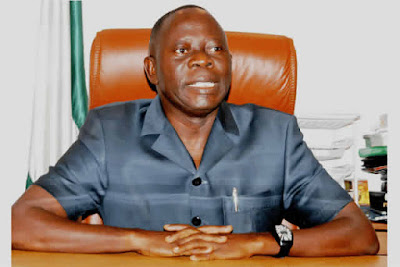 Comrade Adams Oshiomhole, National Chairman of the All Progressives Congress, APC, on Thursday said the Peoples Democratic Party, PDP’s Duoye Diri cannot be sworn in as governor on Friday.

The Supreme Court had nullified the election of David Lyon as governor-elect of Bayelsa and declared Diri winner of the November 2019 governorship election held in the State.

Reacting to the judgment, an angry Oshiomhole said Diri did not meet the required constitutional spread to become governor of Bayelsa State.

According to him, the judgement of the Supreme Court lacked the ingredients of justice, stating that using technicalities to nullify the wish of the people put democracy under threat.

“As a political party, we respect the rule and we respect and have confidence in the judiciary. However, this judgement lacks the fruits of justice. For me and our party, at the heart of election is the issue of who did the people actually vote for?

“Where justice and democracy thrive on the altar of technicalities, it constitutes danger to our democracy. Nobody has raised issues whether David Lyon and his running mate won overwhelming majority.

“Issues of whether a chieftaincy title is part of a name or not could not be a reason to dismiss the wishes of the great people of Bayelsa state who reposed absolute confidence in the election of David Lyon and his running mate during the last governorship election.

“It is not a state secret. If as the Supreme Court has ruled, David Lyon cannot be sworn in as governor and that the person who has the highest number of vote and spread be sworn in, it simply means that from tomorrow, there will be no government in Bayelsa state,” he said.

According to Oshiomhole, as far as the party was concerned, the next candidate who happened to be a PDP candidate did not have one quarter of the total lawful votes cast in that election in two-third of the eight local government areas in Bayelsa State.

He said from the facts available to the APC and in consultations with its lawyer, it was clear that there was no candidate that met the requirements of the law which meant that no one could be sworn in on Friday legally unless there was deliberate abuse of the legal process.

“We have accordingly asked our lawyers to look at all the windows that exist in law and take steps to ensure that the will of the people of Bayelsa state is not undermined on the whims of technicalities.”