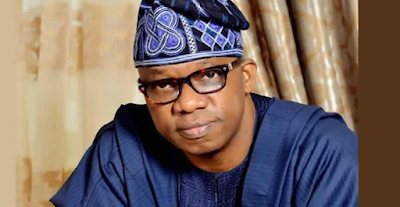 Pandemonium broke out on Thursday as members of the campaign team of the All Progressives Congress Governorship candidate in Ogun State, Dapo Abiodun, was attacked in Abeokuta.

Abiodun was on a campaign tour to Abeokuta North Local government when a group of suspected thugs attacked them with guns at Mokola junction.

It was gathered that trouble started, when the campaign teams of  Abiodun and that of a member of House of Representatives candidate of the Allied People Movement,  Mikky Kassim,  met at Elega junction in Ward 4 of Abeokuta North Local Government Area of the State.
A source told Punch that the campaign trains ran into each other at the junction, leading to heavy traffic.

It was further gathered that Kassim reportedly alighted from his vehicle to control the traffic but tension built up when the supporters of APC sighted him and assumed that he was at the place to attack Abiodun and his supporters.

The police,  however, salvaged the situation as they fired into the air to disperse the thugs.

The Punch gathered that despite the efforts by Policemen to avert the clash between the supporters of the two parties as they used dangerous weapons, including matchetes to fight one another.

They attacked each other at various wards in the local government such as Ago-Oko, Elega among others.

Scores of supporters from both groups sustained various degrees of injury while many properties were vandalised.

As at the last count, no fewer than 12 persons sustained injury.

Share
Previous Prince Harry Reveals Nickname Of His Baby
Next Keep Your Promises On Credible Elections, CAN Tells Buhari