Nigerien president sacks army chief, others after terrorist attack on military base 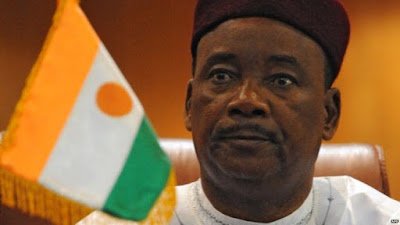 Nigerien President Issoufou Mahamadou fired the country’s top security chiefs on Monday, in a move that sent a strong message to citizens about his handling of recent security crisis in the country.

At least 71 soldiers were reportedly killed in attacks on December 10 and 25. Terrorists linked to Al-Qaeda and Islamic State have ramped up attacks in the Sahel in recent months, targeting mainly Niger and Burkina Faso.rs killed 13

Mr Mohamed, a lieutenant-general who has served as the country’s army chief for two years, was replaced by Salifou Modi, a major-general.