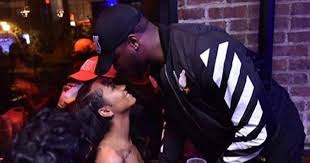 The 26-year-old was struck by a car and killed in front of her NFL player boyfriend on Wednesday morning, the team said in a statement.

Cordero was a passenger in Smith’s Lamborghini when a tire blew out, causing their vehicle to swerve and hit a median on I-90 West in Cleveland, according to the Browns’ statement.

Cordero got out of the car uninjured, only to be struck by an oncoming Mazda, local station.

After being taken to Cleveland Clinic Fairview Hospital, Cordero was pronounced dead.

Share
Previous Furious protests in Kenya as schoolgirl, 14, kills herself ‘after being period-shamed by a teacher’
Next Rochas Okorocha’s alleged girlfriend stripped n.a.k.e.d by angry youths in Imo State (video)