NEMA Probe: We Are Not Plotting Osinbajo’s Removal –Reps 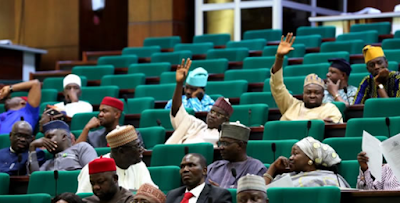 The House of Representatives has denied having plans to institute impeachment processes against Vice-President Yemi Osinbajo.

Speaker of the House of Representatives, Yakubu Dogara, was said to have summoned the member representing Egor/Ikpoba-Okha Federal Constituency, Edo State, Mr Johnson Agbonayinma, who alleged that some members were collating signatures with the aim of impeaching Osinbajo.

Agbonayinma made the allegation while addressing journalists in Abuja on Tuesday.

Speaking with Punch on the telephone shortly after, Chairman of the House Committee on Media and Public Affairs, Mr Abdulrazak Namdas, dismissed the claim.

“At least, officially before the House, there is nothing like that.”