Home / National and Metro News / Mum ‘marries’ a tree in front of family, plans to change her name (photos)

Mum ‘marries’ a tree in front of family, plans to change her name (photos) 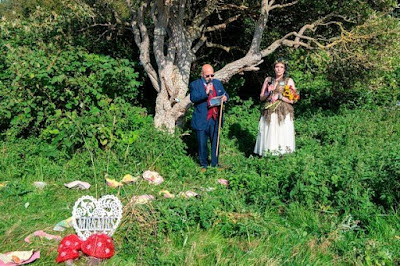 A mum-of-two has ‘tied the knot’ with a tree and now intends to change her surname to reflect the species she ‘married’.

Kate Cunningham’s family and friends looked on as the bizarre wedding ceremony was held in a Merseyside park.

The 34-year-old bride decided to ‘marry’ the elder tree in Litherland’s Rimrose Valley Park as a stunt to raise awareness about a campaign opposing the construction of a new bypass.

The activist, from Melling, told the Liverpool Echo that she had a hen do the night before and now plans to change her name to Kate Rose Elder by deed poll.

She wore an olive green dress, a home made skirt and green pumps for the symbolic ceremony.

Before the big day, Miss Cunningham told the Echo: “My boyfriend is very supportive of my decision.

“He’s even helped make props for the ceremony.

“My oldest son was initially embarrassed when I told him I was going to do it, but now he has decided to come to the ceremony. It means a lot to him to be there.

“My dad has been very supportive. He’s been out in his van helping to organise everything for the big day.” 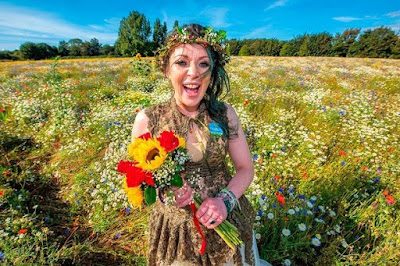 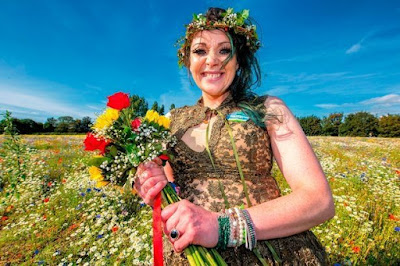