Mom-of-four Stabbed To Death By Her Daughters 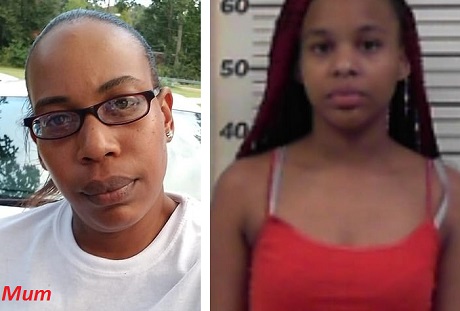 Two sisters aged 12 and 14 have been accused of fatally stabbing and shooting their mother in southwest Mississippi.

She had been stabbed multiple times and shot once in the chest with a small-caliber handgun inside the home before staggering outside.

‘She was stabbed in the back. The knife was still in her back,’ Robin Coney, the victim’s aunt, told WLBT.

‘They found out the daughters — two teenagers, juveniles — allegedly did it,’ Cotton said.
The 14-year-old daughter, Amariyona Hall, has been charged with murder as an adult and is being held on $150,000 bond.

The 12-year-old, who is not been named because she is a minor, is being held at Adams County Juvenile Detention Center in Natchez.

Both girls will receive mental evaluations, authorities say. It wasn’t immediately clear whether either has a lawyer.