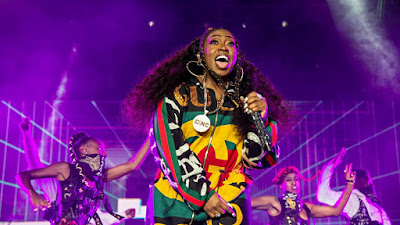 Missy Elliott, the five-time Grammy Award-winning rapper, songwriter and producer, is making history as the first female hip-hop artist to be inducted into the Songwriters Hall of Fame. Elliott has been a dominating force in hip-hop for three decades, delivering classics such as “Get Ur Freak On,” “Work It” and “Lose Control.” Behind the scenes, she has contributed her songwriting skills to a number of iconic musicians, including Whitney Houston, Beyoncé, Mary J. Blige and Janet Jackson, among many others. Elliott is the third rapper to be inducted, joining Jermaine Dupri and Jay-Z.