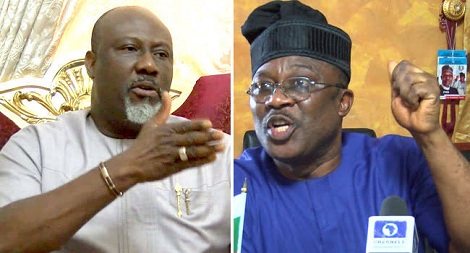 There appears to be no redemption, no comeback for Senator Dino Melaye in Kogi West district rerun as he has been electorally sacked by his opponent, Senator Smart Adeyemi.

The opponent that Melaye once characterised as his ‘political wife’ continued with his winning momentum as many results from the 53 polling units streamed in.

PDP won only in 2 units, while Adeyemi won in 24, out of the units, where results were declared.

Melaye, however, in a tweet, described the results as ‘magic figures’, claiming that he has been the preferred candidate of voters.

Share
Previous Why I won’t get married or have kids – Nollywood actor
Next Oil tanker burns on Otedola Bridge, Lagos