Meghan Markle seen for the first time since fleeing the UK 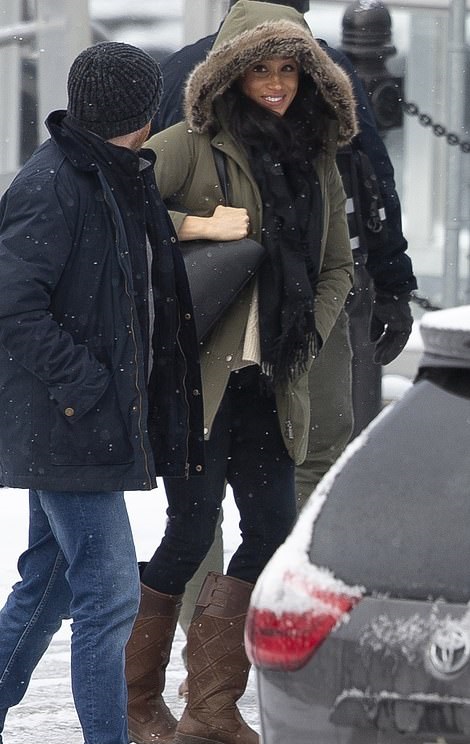 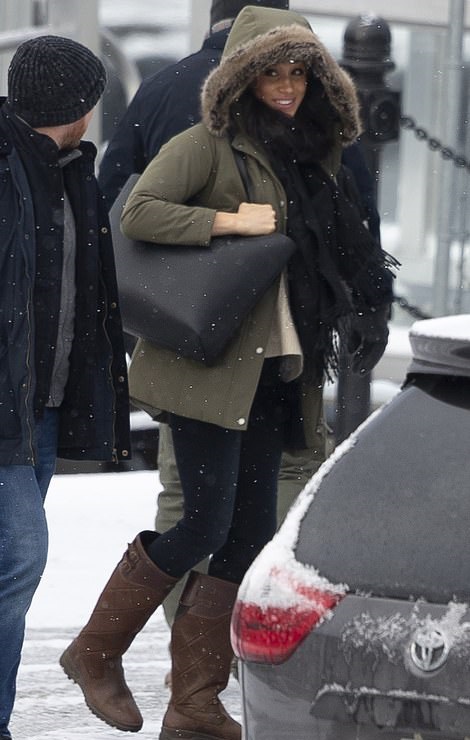 Meghan Markle broke cover for the first time on Tuesday leaving the palatial $14million Canadian home where she has been holed up since last week to visit a women’s shelter in Canada’s poorest neighborhood.

The Duchess of Sussex left the Vancouver Island ocean-side mansion shortly before 10am local time and arrived at Victoria Harbour Airport around 20 minutes later, where she appeared happy and relaxed as she laughed with her security team before boarding a seaplane for the mainland.

She then made a surprise visit to the Downtown Eastside Women’s Center in Vancouver to ‘offer support’ and to ‘boost the staff’s spirits’.

A staff member said they only became aware of the visit when Meghan arrived and that she spent time meeting with managers.

The Duchess is understood to have visited the center’s shelter. It provides counselling, hot meals, and basic needs for women and children in need.

‘She asked what the women would need in terms of support. It was a nice meeting,’ the staff member said.

It’s not clear whether the Duchess is planning a long-running association with the center.

The women’s shelter is situated in one of the poorest neighborhoods in Canada on Vancouver’s Eastside. It is the epicenter of the country’s drug overdose crisis that has claimed more that 13,000 lives since January 2016

Eight-month-old son Archie was nowhere to be seen and Meghan, accompanied by members of her security detail, did not appear to take luggage with her as she flew to Vancouver.

Meghan pulled a fur-lined hood over her head and wore knee-high brown boots to protect herself from snow flurries as she boarded the plane.

It is the first time she has been positively spotted since she flew back to British Columbia last week, although there have been unconfirmed reports of her driving into the nearby town of Sidney by the Sea and going to Victoria International Airport. 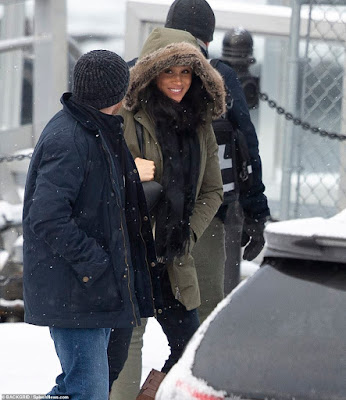 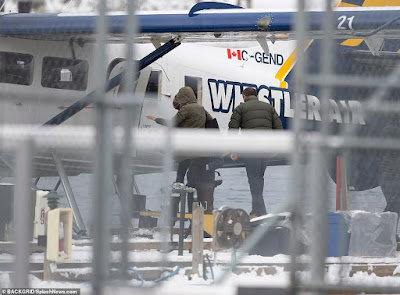 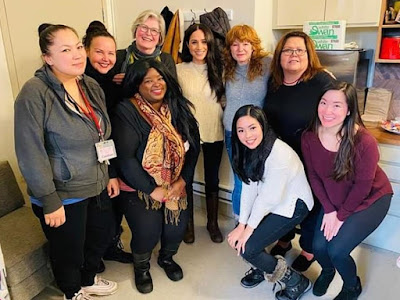