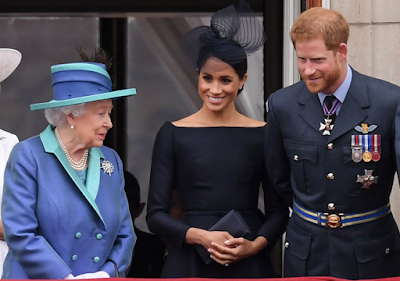 Meghan Markle didn’t dial into crisis talks with the Queen – as it “wasn’t necessary”, it has been revealed today.

The Duchess of Sussex was instead kept in the loop by her husband as Prince Harry headed to the summit with the Queen at Sandringham.

The duke spoke to the Queen at the Norfolk estate several hours before the talks began with his dad and brother yesterday afternoon.

And while Meghan was expected to dial in from Canada for the crunch talks, the palace today confirmed she had not been part of the discussions about her future with the royal family.

A Palace spokesperson said: “In the end, the Sussexes decided that it wasn’t necessary for the Duchess to join.”

The former actress had returned to Canada to be with Archie, just 24 hours before the couple released their bombshell announcement they would be quitting as royals and moving part-time to Northern America.