Home / International News / Matthew Watkins passes away from cancer at 41

Matthew Watkins passes away from cancer at 41 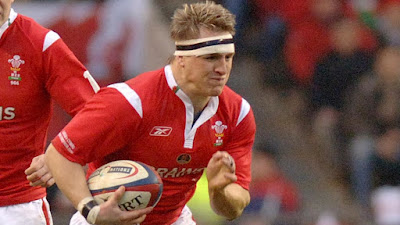 The ex-centre was suffering from a rare form of bone cancer and had been in treatment at Velindre Cancer Centre in Caradiff before he sadly died.

Watkins sparkled during Wales’ 24-22 victory over Australia during the Autumn of 2005 and spent his club career at the Dragons, Scarlets and also had a brief spell at Gloucester.

After retiring in 2011, he discovered he had cancer in his pelvis, from what he thought was an old injury from his playing days.

He leaves behind a wife Stacey and young sons Sior and Tal.

Wakins had been cheering Wales on during their Six Nations campaign and tweeting a picture of him and son Sior on the first game of the championship, a 42-0 win for the men in red.