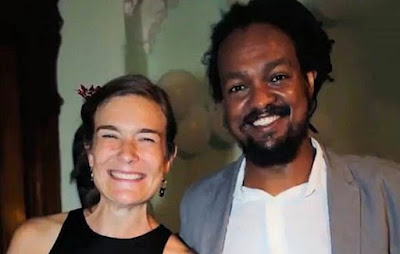 A father decapitated his wife and then slit his five-year-old daughter’s throat before hanging himself, police say.

Yonathan Tedla, 46, and Jennifer Schlecht, 42, were getting divorced when he allegedly cut her head off and left it in her lap, according to the authorities.

Mrs Schlect’s dad told that his son-in-law threatened to ‘take them all out’ if she pressed ahead with the divorce.

Neighbours described the trio as the ‘perfect family’, according to Spectrum News NY1.

Police found a knife at the scene when they entered the family’s apartment on Wednesday night.

Officers found their bodies after Mrs Schlecht’s brother called 911 because he could not get through to his sister.

Her dad Kenneth Schlecht, 75, said she was in tears when he last spoke to her on October 27.

He told the Daily News: “She wanted an order of protection due to some of his threats.

“She said her husband had indicated that if she served him with divorce papers he would ruin her or take them all out, which was apparently what he did.”