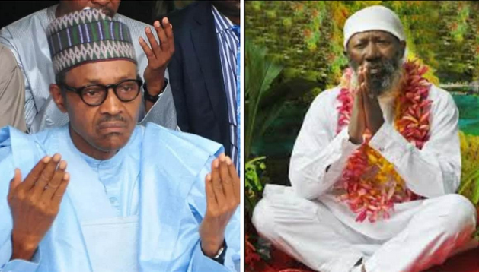 The founder of the One Love Family, Sat Guru Maharaj ji, Tuesday called on President Muhammed Buhari to appoint him as his ‘spiritual adviser.’

He said this has become necessary because other religious groups and their leaders have failed.

Maharaj ji made the request during a press conference to mark the 26 years ‘Anniversary Celebrations of Nigeria Declaration as the new Holy Land of the Universe.’

The event was held at Maharaj ji village, along Lagos/Ibadan Expressway.

He said among his expectations was for the president to appoint him to oversee the ministries of water resources, agriculture, and oil and gas in Mr Buhari’s second term.

Apart from his request for appointment, the controversial cleric also spoke on other issues.

He said the federal government needs to increase the wages and improve on the welfare of judges in the country to stop the temptation of receiving bribes directly or through agents. He also called for the creation of state police, saying it would help improve the security situation in the country.

Share
Previous Celebrities thankful Yul Edochie made it out alive in near death accident
Next As LGBTQ community celebrate Pride Month, man tells them there’s nothing like gay gene