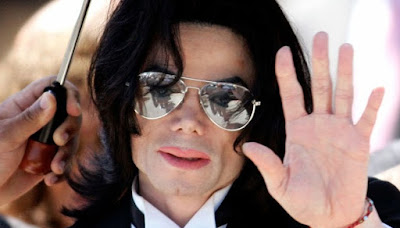 Leaving Neverland will premiere at the Sundance Film Festival this month and features interviews with two alleged victims of Jackson.

The two men told the film they were aged seven and ten when Jackson began long-running relationships with them and their families while at the peak of his fame. Now in their 30s, they allege they were s-xually abused by the musician.

Representatives for Jackson’s estate issued a statement, saying: “This is yet another lurid production in an outrageous and pathetic attempt to exploit and cash in on Michael Jackson.”
The title of the documentary, directed by Bafta-winner Dan Reed, references the Neverland Ranch in Santa Barbara County, California, where Jackson lived from 1988 to 2003.

Police raided the ranch in 2003 while investigating allegations Jackson had molested a 13-year-old boy.

The singer, one of the most influential and best-selling artists of all-time, was acquitted of all charges in 2005 following a high-profile trial.

Leaving Neverland’s synopsis reads: “Through gut-wrenching interviews with the now-adult men and their families, Leaving Neverland crafts a portrait of sustained exploitation and deception, documenting the power of celebrity that allowed a revered figure to infiltrate the lives of starstruck children and their parents.”

Jackson died in 2009 aged 50 following an overdose of the anaesthetic propofol.

Leaving Neverland has been commissioned by Channel 4 and will air in spring 2019.