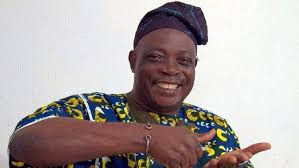 A deep crisis hit the Oyo State chapter of the African Democratic Congress (ADC) at the weekend when one of its leading lights, Senator Rashidi Ladoja, dumped the party for Zenith Labour Party (ZLP).

It was learnt that Ladoja’s decision followed unresolved disagreement over the deputy governorship candidate, Mr Saheed Alaran. Alaran, who hails from Iseyin in Oke-Ogun area of the state, was said to have been picked unilaterally by a bloc within the party, the Unity Forum, which comprises of former All Progressives Congress (APC) members who defected in May after losing out in the party’s congresses.

Alaran is a member of the forum.

Alaran’s selection was said to have irked Ladoja, who believes that he and other leaders of the party should have been consulted before such a decision was made.

According to a reliable source, Ladoja, who is a former governor, believes that picking another Iseyin indigene as the deputy governorship candidate, besides the House of Representatives candidate from the town, would jeopardise ADC’s chances in Oke-Ogun.

Ladoja was said to have given the Unity Forum 48 hours to drop Alaran for another person from any other area in Oke-Ogun for inclusion purpose.

But the forum stuck to Alaran’s candidature, a development that made Ladoja to find solace in ZLP

It was gathered that the former governor has since sent the name of a former Secretary to the State Government (SSG), Alhaji Sharafadeen Alli, to the Independent National Electoral Commission (INEC) as the party’s new governorship candidate in Oyo State to meet the commission’s deadline for substitution of candidates’ names.

Ladoja’s former Finance Commissioner, Waheed Akanbi, had emerged as the governorship candidate of the ZLP in October.

He was said to have been prevailed upon by Ladoja to allow Alli, a lawyer and former Chairman of Odu’a Investment Company Limited, to fly the party’s flag, The Nation gathered.

Alli is smong the aggrieved 12 governorship aspirants challenging the election of the ADC candidate, Senator Olufemi Lanlehin, before an Abuja Federal High Court.

Share
Previous I Will Embarass Buhari, Atiku With Ideas During Presidential Debate – Tope Fasua
Next How Lady Replied Her Aunt Who Has Been Pestering Her Over Marriage