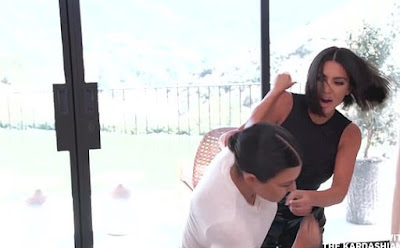 Kim Kardashian gave fans a hint at the drama to come in Keeping Up With The Kardashians as she spoke about a ‘violent’ first episode of season 18.

And as the premiere date approaches Kris Jenner shared a sneak peek of what goes down between Kim and Kourtney as their sibling rivalry reaches new levels.

In a very dramatic clip Kim and Kourtney get physical with Kim punching her as have yet another argument.

It’s not clear what triggers this new fight but Kourtney, 40, appears to provoke Kim, 39, as she is seen throwing her coconut water at her before getting in her face and asking: ‘You’ve got nothing to say?’

The Skims designer then stands up and snaps, ‘Don’t ever come at me like that!’ before lunging at her older sister, seemingly throwing a punch.

Kourtney is seen quickly ducking down to avoid Kim’s fist.

The scene then cuts to the final part of the clip with Kendall talking to someone, and commenting ‘buttons have been pushed’.
Kris Jenner posted the clip on her Instagram page telling her fans in the caption: ‘#KUWTK is back and we’re taking over your Thursdays! New season starts March 26 only on E! @kuwtk. 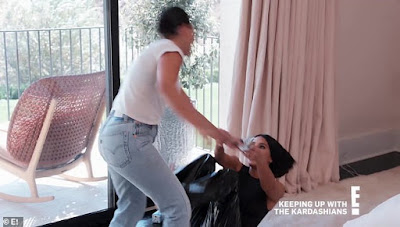 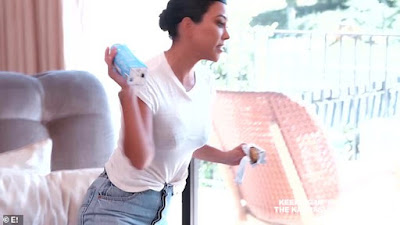