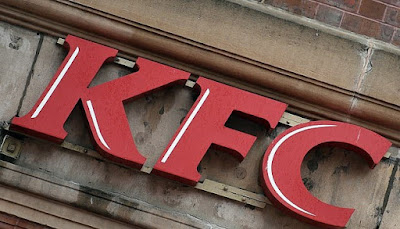 KFC has repeatedly attempted to move away from fried food but abandoned the project because sales of healthier alternatives were so bad, the company has admitted.

The fast food giant spent £8million installing ovens in its outlets so it could start selling baked and grilled meals, rather than the fattier deep-fried meals for which it is famous.

But a senior executive at the company admitted it gave up after poor sales of three products – the Brazer grilled chicken sandwich launched in 2011, the Rancher sandwich in 2012 and a pulled chicken product launched in 2015.
‘It didn’t go brilliantly well. We tried and we failed to launch a non-fried product,’ said Jenny Packwood, head of brand engagement at KFC UK and Ireland.

‘We were unable to sustain sales. They were just not selling,’ she told Public Health England’s annual conference in Warwick.

‘It’s no good launching a product which looks good nutritionally but then nobody buys.

‘It doesn’t improve the health of the nation and in terms of sustainability it is a disaster.’