Home / National and Metro News / Kano court gives woman N50,000 option of fine after sentencing her to 3 years in jail for killing son

Kano court gives woman N50,000 option of fine after sentencing her to 3 years in jail for killing son 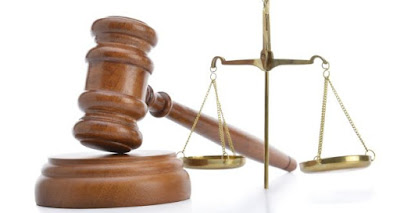 A Kano High court sitting at Audu Bako secretariat on Friday sentenced one Saude Yahya of Utai quarters in Wudil local government to three years in jail, for strangulating her child to death.

According to the charge sheet, Saude, who gave birth to a baby boy, had on 26th January, 2014 held the baby tight to her chest until the child stopped breathing.

The prosecution said the convict committed the act of culpable homicide not punishable by death.

The prosecutor, Fatima Ado Ahmed, said while the convict held the child so tight to her chest, the child could not breath, leading to his death, after which the mother threw the corpse into a latrine, the court heard.

The mother of the convict, Aisha Sule also gave testimony against her daughter.

Saude in her response to the charges slammed against her told the court that the allegations against her were not true.

On conviction, the defence counsel, Faiza Yusuf of the Legal Aid Council Kano, urged the court to tamper justice with mercy.

The court presided by Justice A. T. Badamasi ordered Saude to pay N50 ,000.00 as fine, or proceed to serve three years in jail.