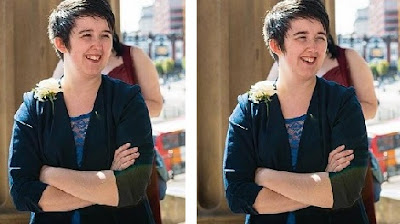 Dissident republicans have been blamed by police for the murder of a female journalist who was shot dead while covering a riot in Londonderry last night.

Lyra McKee, 29, is believed to have been hit by a stray bullet after a gunman opened fire indiscriminately towards a crowd of police officers and bystanders at around 11pm, in what is now being investigated as a ‘terrorist incident’.

Northern Irish police revealed this morning that they believe the New IRA was ‘most likely’ behind the killing, calling Ms McKee a ‘completely innocent bystander’ as close friends described her as ‘utterly irreplaceable’.

Moments before her death, Ms McKee had posted an image from the scene of the riots on Twitter showing smoke rising into the air above emergency service vehicles, along with the caption: ‘Derry tonight. Absolute madness.’
Shocking footage posted to social media shows a masked man taking cover near the rioters while holding a handgun, before firing two shots. Seconds later screams are heard coming from the other end of the road.

The journalist had extensively covered the legacy of the Troubles, and spoke of being segregated from Protestants while growing up on Belfast’s ‘Murder Mile’, a road notorious for the high number of locals killed by Ulster loyalists.

Rioting had erupted following a raid by police, who said they were trying to prevent militant attacks planned for Easter weekend, a time when dissidents are traditionally active due to the anniversary of the 1916 Easter Rising. 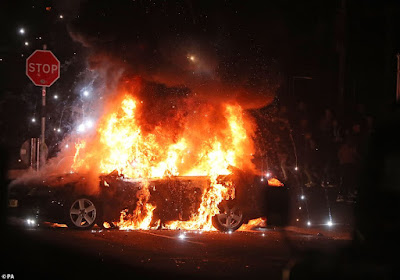 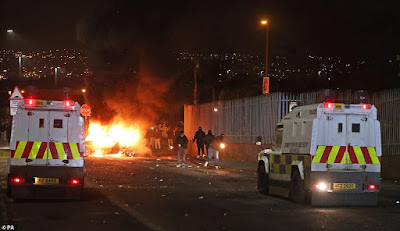