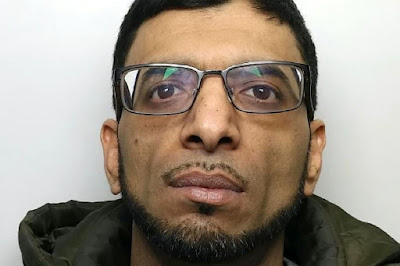 A jealous husband sliced a piece of a man’s ear off with a machete for saying “hi” to his wife.

Ajmal Mahroof flew into a rage after spotting the victim as he walked through a park and asked him “you have been talking to my wife – why?”

A judge called it an ‘over-the-top’ reaction and said all that happened between Mahroof’s wife and the victim was an ‘exchange of greetings’.

The victim was left permanently disfigured and scarred from the wound after surgeons had to stitch his left ear back together after the attack.

Mahroof, 37, was jailed for four years after pleading guilty to wounding with intent and possession of a blade in public.