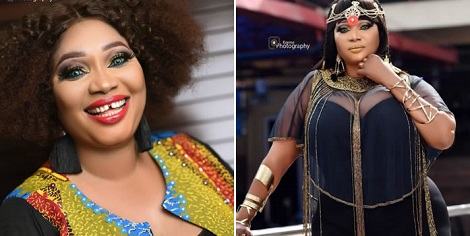 Actress, Jaiye Kuti, has vehemently kicked against the notion in some quarters that actresses are immoral people.

She told Sunday Scoop, “That is not true. I am part of the industry and I have friends there as well. It is totally unacceptable to say that actresses don’t have morals. We have people that are of good moral standing.

However, a lot of people that came from nowhere all in the name of wanting to be actresses, are now there. So, doves have been mixed with chickens. Some of these people (that engage in immoral acts) were not even part of us originally.

I crossed over from English movies to acting in Yoruba films, yet I still had to go and meet the elders to formally tell them that I wanted to be part of them. I did that so anybody wouldn’t ask me where I was coming from.

It’s just unfortunate that some people with questionable characters have joined the industry and we don’t know where they came from. But, when such people start to misbehave, the public categorises everybody as one but we are not.

“Even at that, our elders are still doing everything possible to reach those people and talk to them. Efforts are ongoing to sanitise the industry.”