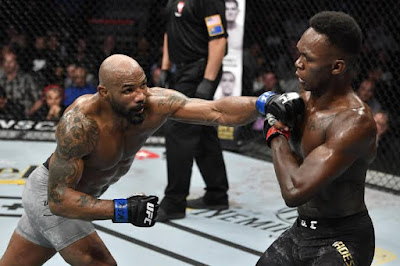 Israel Adesanya maintained his middleweight title in a frustrating, bizarre unanimous decision over Yoel Romero to close out a wild UFC 248 card in Las Vegas on Saturday.

Adesanya and Romero are two of the most dangerous fighters in the division. If that wasn’t clear going into the fight, all one had to do was look at how they approached each other.

Romero—who typically fights in bursts—waited for Adesanya to make the first move so that he could explode and do damage. More often than not, that move never came as the champion opted to mostly attack the lead leg from distance.

The end result was a bout that didn’t give the judges much to think about.

Adesanya moved right on to his next likely challenger: Paulo Costa.