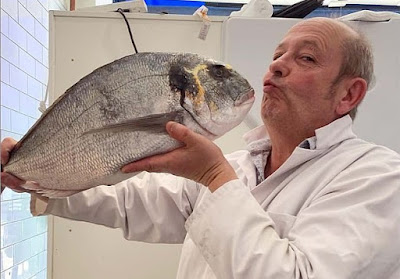 A celebrity fishmonger who shared pictures of his fresh catches on social media was stunned to find his images censored as ‘disturbing’.

Rex Goldsmith, who owns The Chelsea Fishmonger in London, had hoped social media would be a good way to entice new customers to his already popular shop, which is frequented by Nigella Lawson and Henry Blofeld.

He was confused when those who visited his Instagram page saw a message that said: ‘This video contains sensitive content that many may find offensive or disturbing.’

The images of his fish were blurred out and customers had to click on them to see them.
Mr Goldsmith told the Daily Telegraph: ‘I think it’s a bit ridiculous really.

‘I don’t know whether the post has been reported by vegans or whether Instagram censored it as they thought it would be offensive to vegans.

‘I have no idea why a vegan would follow a fishmonger on social media in the first place.

‘If they’re going to pick on me, why don’t they pick on one of the big companies who use the methods of farming that are bad for the environment and fish welfare.’

He suggested that should the censorship continue, the food community could band together and stop using the platform.

The Chelsea Fishmonger is not the only victim of Instagram’s censorship function. 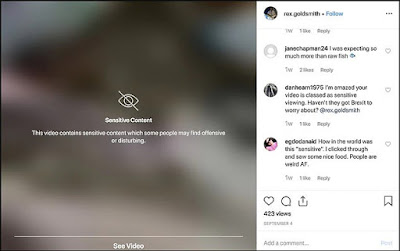 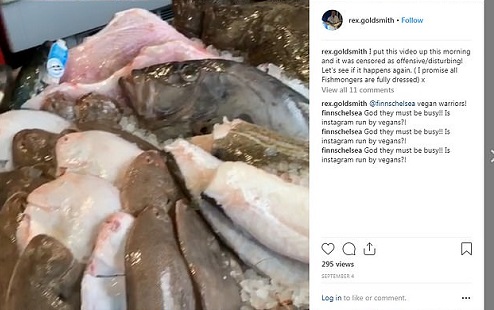