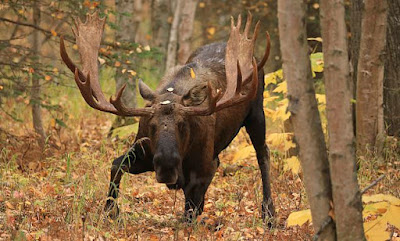 A hunter shot dead his 18-year-old son after mistaking him for a moose in rural northern Russia last Thursday.

The man aimed his rifle at what he thought was a moose in poor visibility in the snowy wilderness of the Khanty-Mansiysk district and fired.

As he approached what he believed would be an animal carcass, he came upon his teenage boy lying on the forest floor.

The young man was killed instantly by the rifle’s bullet. ‘The hunter fired a rifle into a moving object in poor visibility, mistakenly believing that it was a moose,’ investigators told the Moscow Times.

The father has been charged with causing death by negligence which carries a sentence of up to two years in prison.