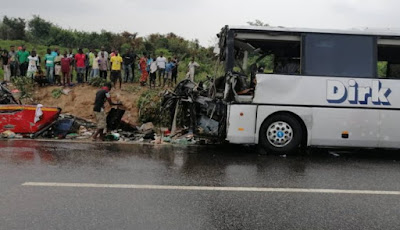 Police and the fire brigade said the accident occurred early Tuesday in the town of Dompoase, about 200 kilometres (125 miles) from the Ghanaian capital Accra.
“Several people sustained injuries and have been rushed to the hospital. Twenty-nine died on the spot while five others died at the hospital,” Fire service spokesman Abdul Hudu Wasiu told AFP.
The victims included 20 men, 11 women and three children, one of whom was only a year old.
Around 40 survivors are being treated in hospital. Too sad! 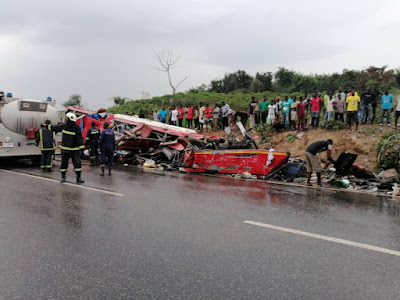 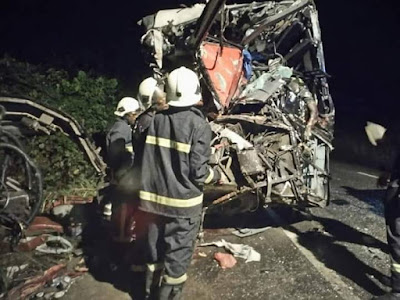